It has already been  a year ago that we had the honor to meet Beirut’s finest creator, curator and writer. Working between the intersection of journalism, activism and artistic expression, he aims to create new media channels to open up space for new voices and is driven to create impact that is guided by hope and positivity. Qualities that led to the founding of The Outpost, were made possible  to flourish again – now in a 4-day program providing talks, discussions, in-depth lectures or performances as Ibrahim took the role of context curator for New Radicalism. Sharing this beautiful experience together, without realizing things would change so rapidly after, we called our dear friend to have a reflective-end-of-the-year conversation.

Of course nostalgia is on the rise as everyone is confronted with a certain loss this year – something fell away and we are not sure if we will (want to) return to ‘whatever’ normality. It will not be the normal that we were used to, something has changed within us.

You were responsible for the context program of New Radicalism. What motivated you to join?

New Radicalism emerged from the need to highlight emerging voices from the Middle East, North Africa and her diaspora. To investigate this notion of in-between space of seeming contradictions and offer ways of bridging those in a more unified and harmonized way. This proposal felt very promising and I got excited by the idea of exploring new formats and investigating new ways of what a conference could encompass. By the end of the day; a conference is also a performative place to say something.

Being together for a particular amount of days, with a very specific group of people that all share a certain history and culture that is both complex as complicated, felt like something new was born during those days. It is difficult to articulate what happened there exactly, but it is clear that it generated a certain energy of being together in a safe space without the powers of oppression. A flourishment of energy based on love, trust, empathy and compassion that was shared during the period of the festival and created a strong foundation.

In the line of creating a safe(r) space for empathy and care, especially for certain voices, I feel that the conversations taking place in the digital world become more heavy. In a sense of claiming a certain pain, the debate of who needs to take the responsibility of educating oneself or the other, or the rise of this cancelling culture. Do you recognize this and how do you deal with the responsibility of hosting  a public program?

This is a big conversation. One of my concerns with the revolution in Beirut is that some of the revolutionaries would judge other revolutionaries for their choices, by which they like to assume that their strategy is the right one. Lately for example, every irruption that is taking place in Beirut is becoming a violent one, like there is no space for a non-violent approach.

Regardless of whether someone is right or wrong, it is about how to speak to one and other. We don’t have to lynch each other if we disagree. It all starts with having basic respect and the acknowledgement that we are two human-beings having different views. Take for example the elections in the USA and how divided the country is. It is just too easy to dismiss them as the retarded ones. These people have a completely different worldview and their structural problems will not be solved by showing our arrogance in assuming that they are stupid. This is not a way to build bridges. Especially as we are no longer talking about just a small minority that voted for Trump or support values that we do not directly understand, but it became clear that this is a huge part of our society. So we need these spaces where we can co-exist based on basic respect to how we engage and debate. What we need to think about is how to respond to situations when it clashes and how to deal with the  ‘intruder’ as an external force. How do we respond to this with care and how can we set up guidelines for whoever holds the microphone or for the ones who sit in the audience? These are important details that go so far because we can’t basically build all our work against systems that are in their very nature bullying. If we get provoked, we might even become bullies ourselves.

How would you describe the time we are living in?

Today Time Magazine declared 2020 as the worst year ever, explaining how only people that are over 100 years old could remember something worse than the First World War, or how people over 80 years old  the Second World War, but that most of us will remember this year forever. It is true that we didn’t see such a great shake-up, but the corona pandemic can’t be compared to a war. One could argue that it has the same impact as it completely shut down movement, economies and forced people to slow down  their ‘normal’ life. However, I actually feel it has been a cosmic intervention – how the world exploded by a virus and not a Third World War. Because that is the direction we were heading towards in January, but then the world shifted unexpectedly and mysteriously. For me this year very much feels like a spiritual revolution, or awakening. It took us to a place where years and years of investment and preparation of counter movements and revolutions couldn’t get us, and all because of this virus. And a lot of these impacts can  not even be measured  We needed to be confronted with hard lessons because the direction we were heading towards was not ok and could only be changed by a drastic event like this.

I also feel a lot of nostalgic feelings are emerging lately. In a sense that  many of us  seem  very much to be focused on a  sense of belonging, almost intrigued  by a  quest of finding one’s  roots and one’s true self. Do you recognize this?

I do recognize it but from a different landscape. I’ve been feeling a deep sense of loss. The loss of my city that has changed. The loss of my friends who have left. The loss of the life that I knew as it got changed since I got injured. And with this sense of loss comes a  sense of nostalgia of what has been. Though, being nostalgic doesn’t necessarily mean that things were actually better. Of course nostalgia is on the rise as everyone is confronted with a certain loss this year – something fell away and we are not sure if we will (want to) return to ‘whatever’ normality. It will not be the normal that we were  used to, something has changed within us.

The manifestation of this change will not be visible in our immediate reality, but it will be something that will appear along the way. And now  that many of us are staying home, perhaps spending more time with family,  questions around  the concept of home will emerge as well. The confrontation of being alone and the issues of loneliness, made us realize that home is something that lies deeply within us and is  the place where our  true self emerges . For those who stayed at their family’s home confrontations  with topics such as  roots and family seemed inevitable at times. 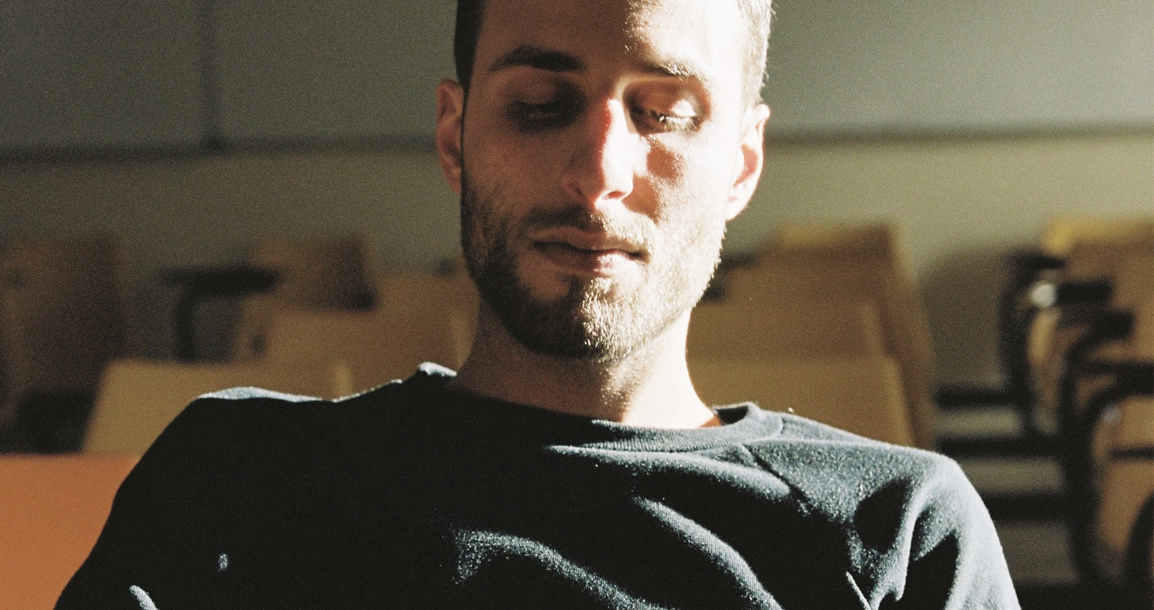 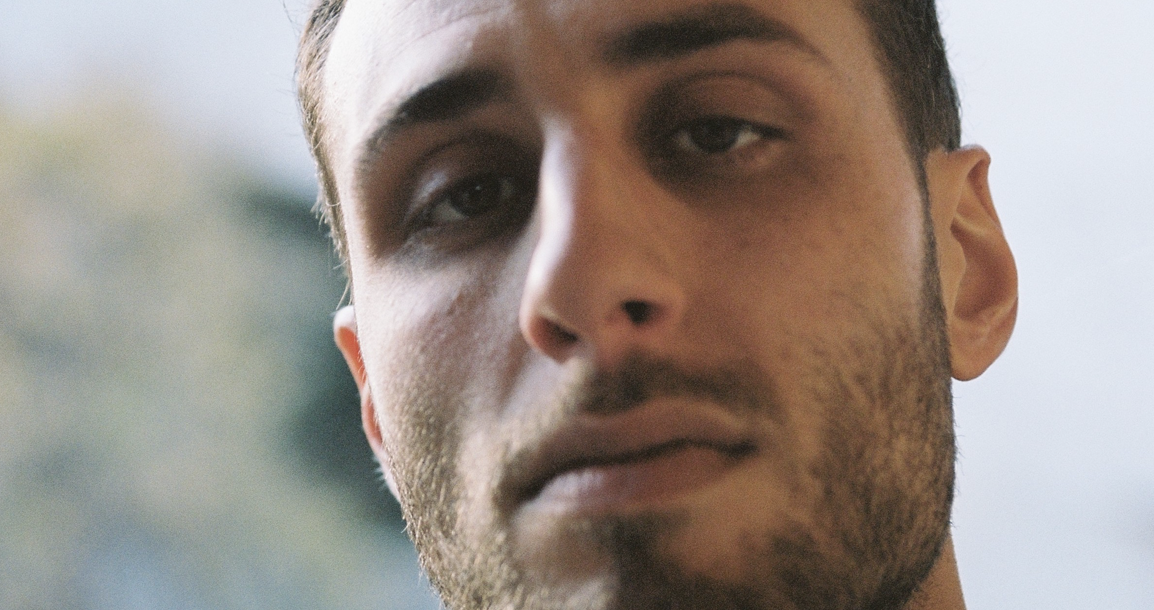 The Internet was born out of the idea of connecting people, and it did, but after 2020 it took a whole other dimension. Like the fact that we are having conversations like these so easily. I feel like technology is still at the beginnings and there is so much more to explore. In  some time  we will arrive at this point where we don’t know where the digital ends and the physical begins, as they are so symbiotic to one and another. On the other hand not having access to psychical places is a huge loss. Art is very tangible in  the end, you need to touch, feel or smell it with your senses and this  is  very difficult if the screen is your only gateway.

Now that we live in a time where everything is fluid and digital: does it make sense to focus on the notion of  roots or on the representation of a  particular geographical region?

Yes, it does make sense to focus on a particular region as this creates the grounds where it allows the fluidity to exist. It is important to be anchored in something. Water also needs the ground to exist. We live in a time where there is so much fluidity as there is very little resistance. At the same time we need to have a solid ground for the fluidity to flourish. Wow, this idea of the ground and fluidity: this is the perfect theme for New Radicalism 2022. Especially because it is a subject of contrast. What kind of structure or ground can be allowed for fluidity to flourish? And in this case of networks and fluidity: what kind of network and strategies emerged from 2020 and how did digital culture allow these networks to be fluid? Or, what happens when there is no fluidity? It is a perfect topic.

It is. Wow, amazing. Now talking about fluidity in a more negative way: what does (political) instability do with you?

Beirut is my home and I love this place so deeply. I would like to contribute in whatever way is possible  here. We just went through a crazy amount of events that has marked the city forever and I think that we will need to keep responding to its impact  in the foreseeable future.

But yes, the instability is though. I want to share  a very silly example. The fact that I woke up this morning next to a  construction site , which meant that I couldn’t work in the morning and resulted in my  creative space not being stable  anymore. I couldn’t be in my office, I had to go to the cafe, and by the time I reached it, I was so distracted. It took me so much time to find my space in the cafe and settle down, as there were so many people. The fact that the construction was happening, which is a distracting event in itself, made me invest a lot of energy to do my work. This shows how important stability and having a safe ground is. So obviously it becomes more difficult living in a place like Lebanon, but eventually: if you don’t like construction, don’t come to Lebanon.